We had numerous opportunies for outside firearms training and these were always fun.  This one is the Hole in One Club that is operated out of Eastern Washington. 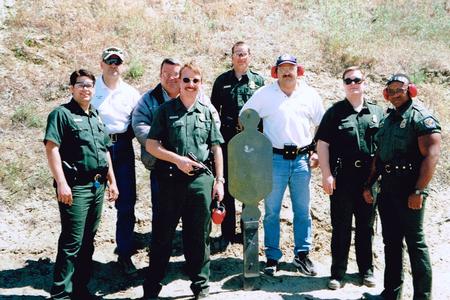 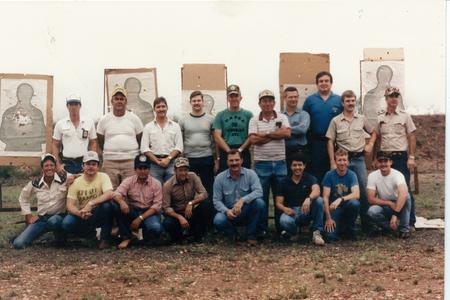 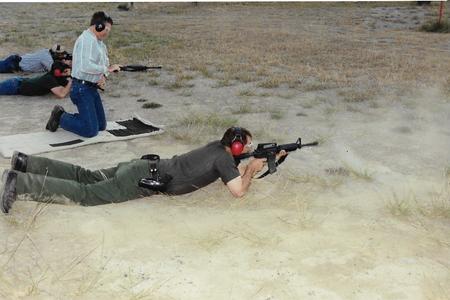 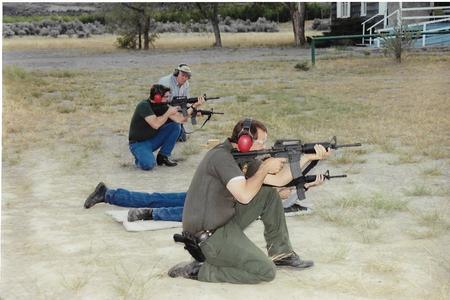 The Border Patrol qualified during my 25 year tenure 4 times a year.  When I attended the academy we qualified all the way back to 50 yards with a handgun.

Most have no idea how good Agents are with their firearms.  Over the years I've attended several competitions and generally the BP was right up on top of the list.  This is partially because of a serious firearms training course that the Border Patrol required at the academy AND slightly because most agents know that they have little or no backup available should the shit hit the fan...that thought makes most a little more serious!

When I came into the Border Patrol in Uvalde, Texas, the agents made the quarterly qualification into a very pleasant affair.  We ALMOST ALWAYS had a BBQ (pachanga is what it was called.)  We'd report for work in plain clothes, go to coffee(always!) and then head out to the range.

Local LAW ENFORCEMENT was always invited and we often had reps from the Uvalde PD, Uvalde SO, Game Wardens and even had Texas Ranger Joaquin Jackson show up a time or two!  Border Patrol Ranges are NOTHING like ANY local law enforcement ranges.  They're primitive to say the least, often no more than a backstop of a hill with paper targets put up for us to shoot at.  I don't think I saw a turning target after I left the academy for more than a couple decades!

The pictures to the right are representative of our ranges.  Notice how only ONE shooter even has a mat to lie on!!!

When I came into the BP our duty weapon was a four inch .357 magnum revolver in which we carried .38 +p ammunition.  This changed after a shootout in Carrizo Springs where one of our agents shot an alien several times without stopping him.  After that shootout, we began carrying .357 magnum ammo.

A few years after I came in, we began transitioning to pistols.  The first four choices, which you had to buy on your own, was the Sig Sauer 220, The Glock 17, The Heckler and Koch P7M13 Squeeze Cock and the Walther P???.

After the qualification we ate bbq, drank beer and maybe had a shooting competition or two.  Of course that was a long time ago...beer plus guns equals bad....I guess we hadn't learned that way back then!

The BBQ was a great time and I learned that Cabrito(Baby Goat) was something that required getting used to but isn't as bad as one would think from it's name!  We often had wild pig that someone donated or some other type of meat that was burned on the grill!