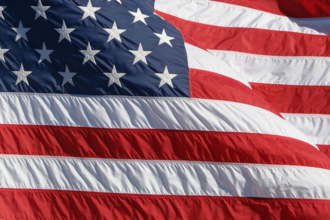 We must honor the ultimate sacrifice of those who have died protecting our country in the military services to keep the United States of America a great country.  It is a good and necessary event to take a few moments to reflect on their ultimate sacrifice.

But there are so many more that need to be recognized:

WE as a society must also remember our civilian law enforcement, who wear a uniform every day and risk their lives and their mental well-being to protect us from the criminals and predators that lurk only a few houses away.  These are as much heroes as those who serve in the military yet, often they are vilified, denigrated and condemned for doing a job that WE PAY them to do!  Just like in the military, many will be unable to cope with the stress of the jobs they coveted.  A Police Officer, a Sheriff’s Deputy, a Federal Agent, or, as I was, a Border Patrol Agent, feel ostracized from their community as a whole.  This is a sad state but it is progressively becoming an “us versus them” philosophy as so many officers are “tried” on public forums without much of the evidence available.

My suggestion to you: The next time you are in a restaurant, an airport or wherever, take a moment and say ‘thank you’ to a member of the armed forces or a local law enforcement officer.  If your finances allow, buy them a lunch or a dinner or even a beer.   That small gesture, from a thank you to a meal, will go a long way to make those who serve able to cope just a little bit better.

For THOSE THAT SERVE, I personally say, Thank you for all you do!