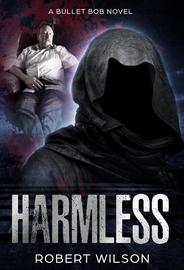 that the young man and a dozen others were smuggled from Mexico to this area. The fees they paid varied.  Some claimed $500 others $1500. The smuggler brought them to the small trailer where they met the woman who would be their landlord and in all reality, their owner.  The trailer was only forty feet long and a single wide.  It DID NOT have a working indoor bathroom. This single wide, originally designed to house a small family, was now home to more than a dozen men.  The trailer was truly trashed and as Holguin and I, along with the Special Agents walked around it, the sobering life that these individuals lead was stunning.

The men worked in an orchard, 10-12 hour days, six days a week. The woman who housed them collected their wages from the employment she arranged, subtracting fees for meals, transportation, housing and the like. The twelve paid $40 each per week for the trailer, seemingly reasonable except she made more than $500 per week for rent! They paid $20 to her each week for transportation to and from work and another sum for meals she provided. This is a common trend in smuggling operations and makes prosecution difficult.

Most people from other countries do not have the funds to be smuggled to their end destinations. The smugglers treat them as human cargo, as we might treat a bin of apples. They are bought and sold, changing “owners” several times between the Mexican Border and here. Once they arrive, they are kept as indentured servants until the total smuggling fee is paid off. Their labor leased by contractors who bid a contract for a much cheaper price than he could if he hired all legal workers.

A person from Mexico going to Washington State may owe more than a thousand dollars for the trip while a person from China or any other such distant country may owe $20,000 or more.

Their stories are heart wrenching yet they endure the ordeal to have a chance at the American Dream. Some are successful while others are victims of terrible abuses and regrettably, many die along the way. 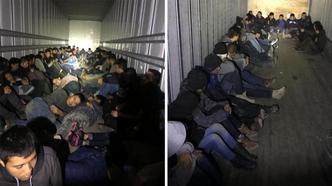 HARMLESS. A Bullet Bob Novel is now available on Amazon.  Click HERE to buy it!


A vigilante is killing off all the Heroin Dealers in Eastern Washington.  Follow the two grizzled veteran detectives who really don't want to catch the killer and Bob Heath, who is fighting his inner demons yet in the middle of this action adventure!

One case I worked in Eastern Washington initiated through a smuggled alien making an assault complaint at the Sunnyside Police Department with Officer Corey Rosen giving me a call about the situation.

Upon arrival at the Sunnyside Police Department I found a very rattled young man of around 20 years old.  He stated to me that the woman who was their “landlord” was a witch and everyone was afraid of her.  He stated that after a week of work she had given him a very small amount of money.  When he complained to her, against the advice of the others, she had grabbed his finger and bitten it, almost severing the finger.  The EMS did what they could for the man.  I took his statement and went to the US Attorney’s office with a possible smuggling case.

A week later my old Border Patrol partner, Don Holguin, along with a couple Special Agents from Immigration, set up on the trailer and stopped two vans full of people along with the woman who had bitten the complaining individuals finger.