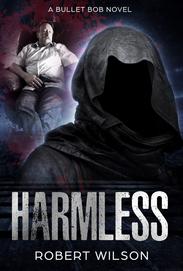 I'm always writing whether it's working on one of the books I'm creating to writing an article about immigration for the Examiner.com to writing about a Border Patrol adventure...It's all good and I enjoy it immensely.  I'm very lucky to have been able to retire young so that I can pursue these desires!

18 months after starting this project, it's finally live.  Very exciting that the book is very good but also that it's finally done...I truly worried about that for many months.  But it's here and I'm pleased with the end product!

Evelyn Reifsnyder is our model and posed for about a hundred photos.

Kelly Danger is in a self directed downward spiral hastened by drugs and alcohol.   Now she's facing prison.  But just as she is about to be sentenced to a decade or more in the pen, a chance meeting with a mysterious stranger leads her to be recruited and sent to a government rehab program...but it's so much more.

Meet Kelly and the five other "losers" who are plucked from the edge of their own demise and allowed a second chance...they are trained to be the best and when they're done, they are!   Kelly Danger is the next Jane Bond or maybe Jason Bourne!!!!  See how she becomes THAT good!

A vigilante serial killer is systematically killing off the heroin dealers.  Follow the two seasoned detectives; the victims and, of course Bob Heath as he's fighting his inner demons and in the middle of the investigation.

If you want to read the first chapter and maybe a random excerpt click HERE!

I actually put my butt in gear and finished this novel!!!!  It's the FIRST in the Bullet Bob series and follows two undocumented immigrants through their trials and tribulations as they cross the Rio Grande into the U.S. and introduces, Bob Heath, a two year veteran of the Border Patrol.

Wanna read a fictional tale(or maybe not so fictional)?  Click HERE to read CREATURES OF THE NIGHT...A Border Patrol tale of fiction(or is it?)

Here are a list of my books and click on them to go to Amazon.  I think you'll be pleasantly surprised!!!

THE FATE OF A BULLET

An undercover FBI Agent tries to infiltrate an outlaw motorcycle gang and it doesn't quite go as he expects...This story is about the transformation of a man's perspective towards law enforcement from Black and White to very Gray.

A thirty something year old woman whose life is spiraling downwards meets an old transient who teachers her how to live and love again.  An epic romance set in Medicine Bow, Wyoming.

PIPPY, THE MIRACLE OF A DREAM

Jimmy, an eight year old wants to be like other boys but he can't due to being sickened with Leukemia. A giant oak tree in the apartment's courtyard is home to a small owl.  Jimmy begins chatting with the owl he calls Pippy, and soon the owl is a nightly visitor to his dreams...but the dreams seem real and soon he knows they're not just dreams...